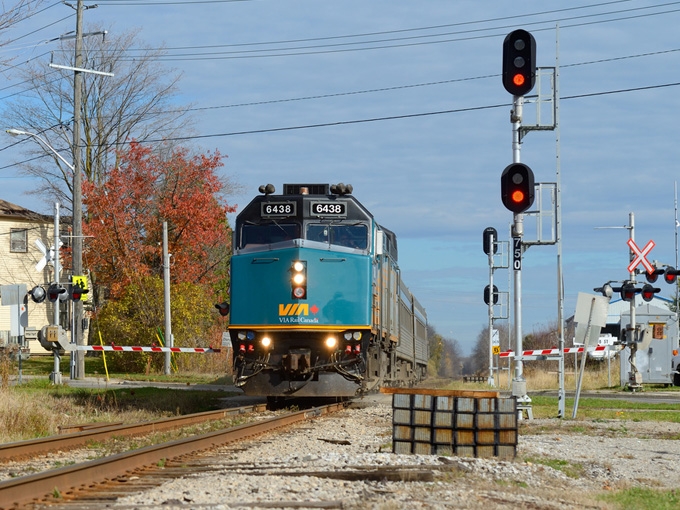 In conjunction with the Genesee & Wyoming’s Goderich-Exeter Railway, which leases the right-of-way from CN for freight service, and GO Transit/Metrolinx, which recently purchased the Kitchener-Georgetown section of the line from CN, VIA Rail fully funded the C$25 million upgrade program. PNR Railworks contracted to perform the work.

CTC is expected to increase capacity on the line, allowing VIA and Metrolinx to increase train frequencies. Metrolinx plans to add two more departures to/from Kitchener by 2016 or 2017. VIA Rail initially planned to add up to three departures when the project was planned some 8 years ago, but delays due to disagreements with freight operator Goderich-Exeter, and the recent addition of GO Transit departures out of Kitchener may curtail VIA’s plans.

CTC also has the potential to increase safety. In 1999, a deadly accident caused by a misaligned switch occurred at Thamesville, Ontario, in what was then dark territory on the CN Chatham Subdivision. As a result, upgrades to busy passenger lines in Ontario were quickly completed to avoid a repeat, but the North Mainline remained dark territory. In 2006, two near misses, both involving freight and passenger trains, occurred on the North Mainline. They are the likely catalyst to finalize funding and construction of this project.