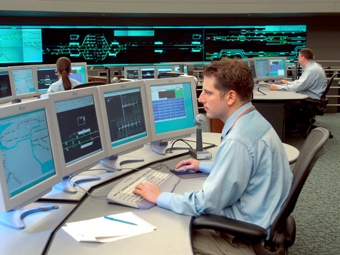 Congress and the FRA perceive PTC primarily as a safety measure to counteract human error and prevent accidents. But rail industry suppliers seek to make PTC, and CBTC too, something with far greater utility than that, as railways scramble to adopt this new technology.

“We’re off to the races,” one supplier executive says, at once both sardonic and fully in earnest. For those communications and signaling companies, the advent of Positive Train Control (PTC)—and near-cousin Communications-Based Train Control, or CBTC—is generating market churn and serious innovation.

Rail properties are racing to meet the federally mandated deadline of Dec. 31, 2015, required by the Rail Safety Improvement Act of 2008, to install PTC. Many won’t make that deadline, and already are pleading for extensions to placate Congress and the Federal Railroad Administration. As they do so, they’re also seeking ways to transform an unfunded mandate into a market positive.

Suppliers see benefits in that approach both for their customers and themselves.

“The technology is now becoming [a given]; PTC for freight and rail transit is becoming the reality,” says Siemens Rail Automation President John Paljug. “As it’s being implemented, people are thinking: What else can we use it for besides safety?”

The answer, according to Paljug and others, is simple: A lot.

In some ways, U.S. passenger rail operators have led the way. The Sept. 2008 accident in Chatsworth, Calif., when a Metrolink engineer ran past stop signals and collided with a Union Pacific consist, killing 25 and injuring 135, set the PTC mandate in motion. Metrolink now has implemented Wabtec’s I-ETMS® interoperable predictive collision-avoidance technology on portions of its system this year, vowing to meet the federal deadline. It claims to “become the first U.S. regional passenger railroad to do so.”

But Amtrak’s Northeast Corridor (NEC) for years has had its Advanced Civil Speed Enforcement System (ACSES) system in operation, notes Alstom Transportation Inc. North America Vice President Marketing & Strategic Planning Scott Sherin, and “though it wasn’t called PTC at the time,” ACSES was the first PTC-sanctioned operation in the U.S., he says.

Sherin says that ACSES also allows Amtrak to “run Acela Express at higher speeds,” and adds, “We’re working with Amtrak on the NEC to continue to ACSES II. We’re also working with New Jersey Transit,” which runs many of its trains on the NEC but also has an extensive statewide rail network. Alstom is being assisted by Parsons Transportation Group. One of the main goals besides safety for both rail operators: Increased throughput, essentially increasing capacity on an NEC bumping up against capacity limits.

Elsewhere in metropolitan New York, a Siemens and Bombardier Transportation consortium is working to install PTC on both MTA Metro-North Railroad and MTA Long Island Rail Road, the two largest regional/commuter rail systems in the U.S.

Siemens and Bombardier will develop, test, and commission a new overlay PTC system, which will be delivered in phases on approximately 700 miles of track and 1,500 vehicles across the two railroads. Metro-North has been roundly criticized for delaying PTC implementation, which some believe might have prevented the Dec. 4, 2013 incident in Spuyten Duyvil (the Bronx), N.Y., that resulted in four deaths.

Siemens’ Paljug says the installation “is not a redesign. Essentially, we’ll be bringing new functions into the existing platforms—for example, grabbing indications from interlockings and bringing them into the PTC pipeline.”

The Siemens/Bombardier consortium isn’t alone in MTA territory. Last December, Ansaldo STS was awarded a signaling contract to provide the Long Island Rail Road an upgraded 45-mile segment of right-of-way between Speonk and Montauk, N.Y., the easternmost portion of LIRR’s Montauk Branch. Ansaldo STS will design and furnish a new vital microprocessor based interlocking control system as part of the LIRR project to improve the signaling on this route from dark territory to signaled territory.

“The system has a dual architecture, able to implement ACSES and I-ETMS to meet the requirements of both commuter and freight railroads,” says Ansaldo STS. “The ability to have both architectures in one ‘box’ is a major advantage of the Ansaldo STS MicroLok® II interlocking platform.”

Last January, the Maryland Board of Public Works approved a $13 million contract with Wabtec Corp. subsidiary Wabtec Railway Electronics to install PTC equipment on 32 MARC locomotives and 30 cab cars, which operate over right-of-way owned by either Amtrak or CSX Corp.

Across the continent in Seattle, Wabtec Corp. was chosen by Seattle’s Sound Transit to design, install, test, and commission a PTC system on the agency’s regional 82-mile regional rail line linking Everett, Seattle, and Tacoma, Wash. Wabtec will provide I-ETMS® equipment and installation for 16 locomotives and 18 cab cars, and also provide signal design and communications, mapping, and systems integration. The system will be fully interoperable with PTC systems being implemented by the Class I railroads over which Sound Transit operates.

Wabtec Railway Electronics also has been tapped by the Alaska Railroad to provide PTC equipment and services, including CAD (computer-aided dispatch) and back office systems, for the railroad’s 525 miles of controlled track, which are used for both freight and regularly scheduled passenger service. Here, too, Wabtec will provide its I-ETMS® equipment and installation of all onboard PTC components, in this case for 54 locomotives. Wabtec’s scope of work also includes installation of its Train Management & Dispatch System® (TMDS®), a CAD system to be used for CTC (centralized traffic control) and TWC (track warrant control) for all territories, and integration of I-ETMS® with Wabtec’s back office system.

Even though the Alaska Railroad is a stand-alone operation with no physical connection to the North American railroad network, its new PTC system will nevertheless be fully interoperable with those being implemented by U.S. Class I railroads in the contiguous U.S., Wabtec notes.

Congress wasn’t primarily focused on rail transit systems when it passed the Rail Safety Improvement Act of 2008. But that hasn’t stopped transit agencies nationwide to begin—or continue—delving into Communications-Based Train Control (CBTC), or what Siemens’s Paljug jokingly dubs “PTC for transit.” He notes MTA New York City Transit already has implemented CBTC on its L Line (Canarsie Line), and is adding it to its No. 7 Line as well.

The relevance to the larger PTC universe, he says, is simple: “CBTC is designed to optimize the [transit] system. PTC can evolve for this. For the railroads, it’s all about operational optimization.”

Suppliers say MBTA’s decision at the time was a reasonable one, even as MBTA continues to wrestle with implementation of some sort. “Smaller railroads, including many commuter operations, should bear in mind that a highly complex system may not be what they need to meet the intent of the PTC mandate, which is to prevent collisions and derailments, as well as protect roadway workers,” Ansaldo STS says. “Railroads must recognize that in many situations there are more cost effective ways to meet these requirements than the completely interoperable system defined by the ITC standards.”

Adds Paljug, “It’s important not to get carried away with technology. Traditional systems we’ve provided are safe and cost-effective. I don’t want to say the other systems are obsolete or even second-tier. They’re not. Some of it is simply different approaches. PTC (or CBTC) needs to offer added value to the user, regardless of size, if it’s to surmount the negatives of an unfunded mandate.”