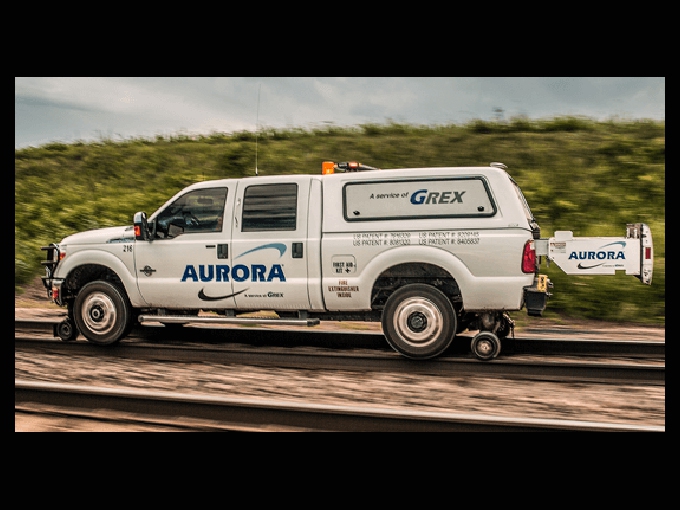 The Aurora Xiv combines several GREX inspection systems into a single hi-rail truck “with the aim of making inspections more efficient and cost-effective,” the company said.

“The goal is to provide our clients with the best, most accurate data,” said GREX Chief Operating Officer Greg Grissom. The first Aurora Xiv will be deployed on MTA Metro-North Railroad, with plans to roll out several vehicles in the near future.

* LIDAR (also called Lidar, LiDAR, and LADAR) is a surveying method that measures distance to a target by illuminating that target with a pulsed laser light, and measuring the reflected pulses with a sensor. Differences in laser return times and wavelengths can then be used to make digital 3D-representations of the target. The name LIDAR, an acronym of Light Detection And Ranging (sometimes Light Imaging, Detection, And Ranging), was originally a blend of light and radar. LIDAR is popularly used to make high-resolution maps, with applications in geodesy, geomatics, archaeology, geography, geology, geomorphology, seismology, forestry, atmospheric physics, laser guidance, airborne laser swath mapping (ALSM), and laser altimetry. The technology is also used for control and navigation for some autonomous cars. LIDAR is sometimes is called laser scanning and 3D scanning, with terrestrial, airborne, and mobile applications. Its use in railroad track inspection technology is a recent development.