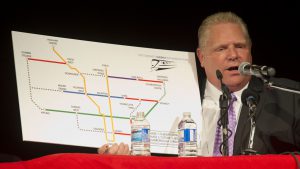 Will Ford take over the TTC? 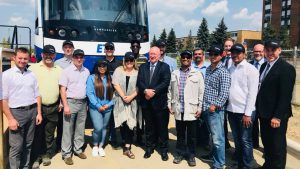 More than 3,000 Edmontonians viewed their city’s first low-floor LRV during the week of July 27 at Bonnie Doon Mall. The seven-section, double-ended Bombardier Flexity Freedom car was on public display after recently arriving by CN from the Kingston, Ontario plant. It is 131 feet long with couplers folded; 137 feet with couplers out. There are 82 seats; the cars can accommodate 275 passengers. 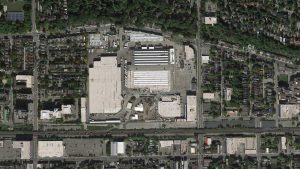 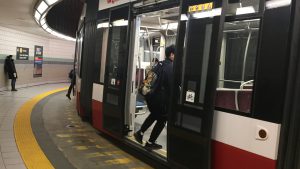 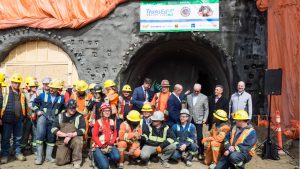 Construction of Edmonton, Alberta’s eight-mile Valley Line LRT, begun in April 2016, is nearing the half-way point. The project involves two significant firsts for the city that is the province’s capital: It will be Edmonton’s first low-floor LRT line; and the first built under the P3 (public-private partnership) method. 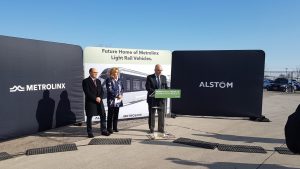 Alstom Canada has leased a large industrial building in Brampton, Ontario, northwest of Toronto, for the assembly of its Citadis Spirit LRVs. Debro Steel formerly occupied the building, located on the south side of CN’s east-west access line that serves MacMillan Yard, Toronto’s main classification yard. 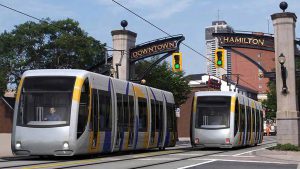 Two light rail new-starts in Canada’s Ontario province appear to be on diverging paths. Hamilton’s is at the RFP stage, while Kitchener-Waterloo’s opening has been delayed, again. 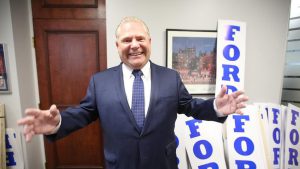 Doug Ford, the newly-elected leader of Ontario’s Progressive Conservative Party and brother of the late, former Toronto mayor Rob Ford, has publicly promised to honor the $1 billion commitment of the current Liberal government to the Hamilton LRT project, should he become Premier in June 2018. 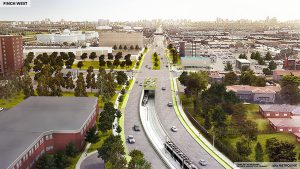 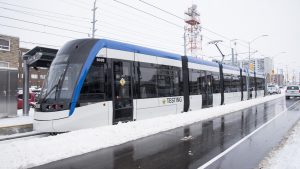 LRV testing on the new Kitchener-Waterloo (Ontario) LRT line has been ongoing since late 2017.