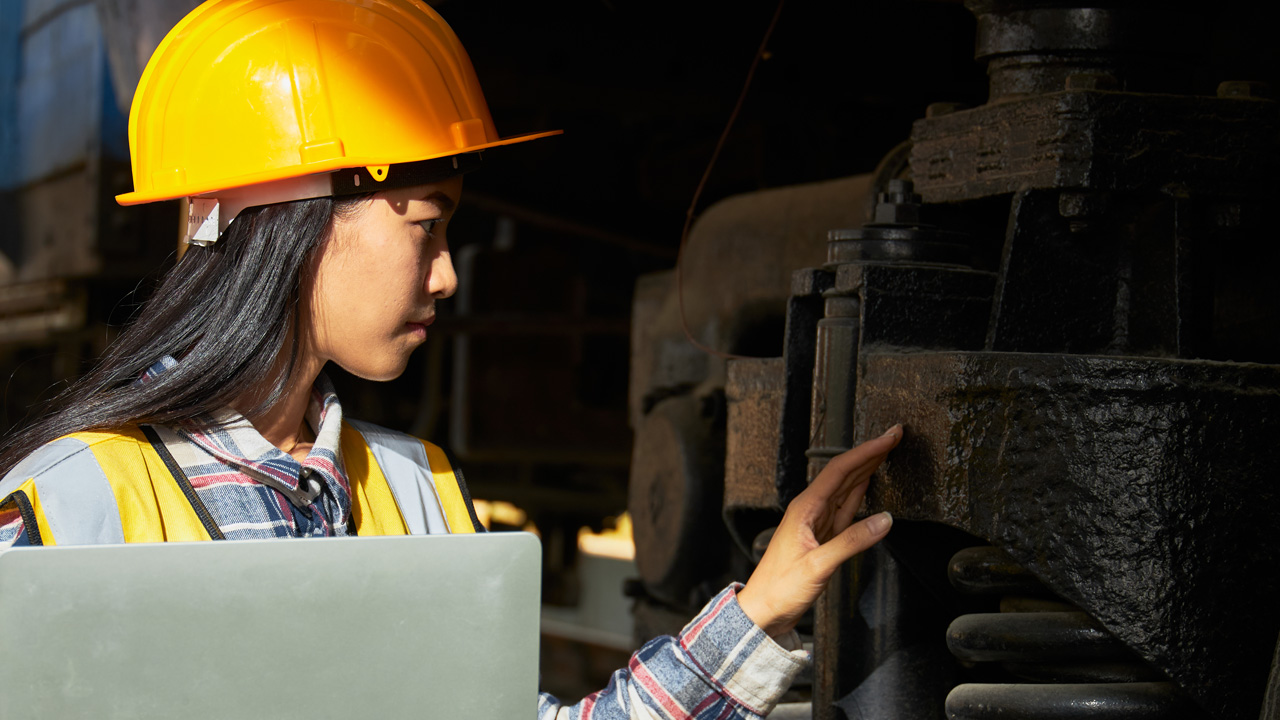 RAILWAY AGE, NOVEMBER 2021 ISSUE: Railway Age’s Women in Rail awards recognize leaders for driving their businesses forward while making a difference in the industry and in their communities.

For the fifth annual program, judges Barbara Wilson and KellyAnne Gallagher, with input from the Railway Age staff, selected 26 honorees from close to 100 North American applicants. Representing the next generation of railroaders, these outstanding women are making their mark in the historically male-dominated freight, passenger, government and supplier sectors with vision as well as a commitment to service and collaboration. Five women also earned Honorable Mention. Our sincere congratulations to all.

KellyAnne Gallagher, CEO, Commuter Rail Coalition (CRC): Gallagher is a public transportation policy professional and a strategic advisor to industry leaders. With more than 20 years serving across industry sectors, in 2019 she founded CRC, where she is shaping policy and driving the agenda of the association, which serves as the singular voice of the commuter rail industry. Previously, Gallagher was a member of the New York MTA’s senior leadership team, which she joined after 16 years with the American Public Transportation Association.

Chambers has been instrumental in driving a digital strategy that leverages data analytics to help improve decision-making, and she built a team to support it. She led the development of real-time reporting for all levels of management and field personnel. Chambers not only provides longer-term vision, but also has the technical ability to work alongside the team, and ensures that a training budget is available to keep skills sharp. Chambers is President of the Traffic Club of Chicago’s Board.

Colalillo has spent more than 20 years designing, developing and delivering communications campaigns, including safety and training for CSX, a documentary on R.J. Corman, and rail yard safety training for G&W. She also produced a Route Awareness Switching app for conductors, and roadway worker training for contractors that has been customized for more than a dozen railroads. Her team’s success is built on rail employee involvement to ensure buy-in and on-point messages.

Evans has served SEPTA for her entire career, starting as a bus operator and rising through the ranks to direct all real-time operations. She has helped develop new schedules throughout the pandemic; worked with a team to ensure the smooth integration of PTC for Regional Rail; and has been integral in establishing an off-site, auxiliary control center. In addition to mentoring several employees, Evans is the Rules Committee Chair.

Ingram’s leadership was not only instrumental after CP’s acquisition of the former DME, but also in creating an open dialogue with employees on safety, resulting in her territory moving from an FRA injury rate of 1.30 in 2019 to 0.62 in 2021, and from a 1.68 all-in train accident rate in 2019 down to 1.24 this year. She is part of CP’s Women’s Leadership Network Mentoring Program, and is helping to launch a unionized mentorship program for women.

Kelly holds a degree in civil engineering from Pontificia Universidad Católica del Perú, and has spent 14 years at MBTA, advancing from Construction Inspector to her current role. She delivered the Old Colony Railroad Tie Replacement Project one year ahead of schedule; managed the team extending the Fitchburg Line to Wachusett Station; and oversaw the design of freight and passenger rail improvements at Worcester Union Station.

Ko has been working to improve subway car maintenance and reliability at NYCT for more than 30 years. She is the first woman to hold her current role, responsible for the 7,000-plus revenue car and 500-plus work car fleets. Ko’s leadership has resulted in a number of new technology fleets attaining 1 million miles between failures. She established contracts enabling car disinfection multiple times per day and led a high-tech cleaning pilot during the pandemic.

Lawler has played a significant role in shaping commodity market strategies for BNSF: initiating the use of empty new build trailer capacity for third-party loads with a top trailer builder; developing a receiver strategy for the frac sand market; and helping develop scrap steel unit train origins on BNSF, including, at the end of 2020, the shift of scrap metal from barge to rail. She spearheaded the startup of Young Professionals in Transportation, DFW chapter.

Lenz joined EMD (now Progress Rail) in 1981, and has worked as a Project Engineer in Engine Development and as Director of Quality, and has held leadership responsibility for both the engineering and manufacturing of diesel engines. She was instrumental in the introduction of Tier 2 and Tier 3 EMD units, and helped facilitate Progress Rail’s simultaneous launch of the SD70ACe-T4 freight and F125 Tier 4 passenger locomotives.

Librera helps clients improve on-time performance, asset management and inspection processes. She was most recently SVP for Subways at NYCT, and has also served as VP and Chief Officer of MTA Staten Island Railway. Librera earned the 2019 Transportation Diversity Council Distinguished Leadership Award, and was a Trustee of the NYCT-Transport Workers Union Training & Upgrade and Childcare Funds from 2011-17.

Louk joined NYA in 2015 as a temp, educated herself on the industry, and was soon successfully handling FRA hours of service auditing/compliance with Part 228 record-keeping and creating a process to manage compliance/monitoring of the Part 219 Drug and Alcohol program. She now manages day-to-day commercial relationships, maintains the pricing matrix, oversees grant programs and coordinates new-hire onboarding.

Louwerse oversees freight and passenger rail policy and $2 billion-plus in state and federal funding. She provided guidance to the Transportation Revenue Options Commission established by Gov. Tom Wolfe; worked with Amtrak, SEPTA and NS to increase passenger service, and has been a driving force behind the Keystone Corridor Improvement Program; and led three rail plan updates. She is a WTS, Central Pennsylvania Chapter Advisory Board member.

McElroy was recently promoted to lead Network Optimization’s 500 global employees. Previously as a Wabtec Digital VP, she filled 50-plus positions for customer-facing projects and created a new management team layer. Notably, she promoted 10% of the organization in recognition of talent, and of those, 40% were of diverse backgrounds. She also helped launch a STEM camp for third- through fifth-grade minority students in Chicago.

McKinstry has streamlined bid and proposal management at Greenbrier. She developed two umbrellas—pre- and post-signed contracts and designated teams to work on each—resulting in a more cohesive process. She also helped develop Greenbrier’s award-winning Virtual Sample Railcar™ program. McKinstry coordinates company teams for races benefiting health-related nonprofits, and serves as a mentor for each of her employees.

McNichol has earned a reputation as “federal grant guru.” She has been instrumental in securing $66 million in total infrastructure improvement loans over her career, most recently a $27 million CRISI grant for South Kansas & Oklahoma at Watco. McNichol is on the AAR and ASLRRA Boards; is Vice Chair of ASLRRA’s Legislative Policy Committee; and helped form Watco’s Sustainability Committee.

Mimbs started her railroad career as a Document Control Clerk, and pursued a college degree at age 30 to move up the ranks. She now leads and maintains strong relationships with G&W Railroad Services’ Commercial Support team members, leading to low turnover. Mimbs has also supported the industry, working with Railinc to improve the flow of billing information between railroads, and with Wabtec to develop a Rail Contract Management module.

A certified track inspector and electrical substation maintainer, Muti began her career as a laborer and moved up to her current role, where she has increased preventative maintenance from 30% to 95%; manages installation of more than 2,000 ties annually; and created incentive programs to increase employee accountability. She also earned a GCRTA award for saving more than $1.5 million by keeping in-house a concrete tie installation project.

Over her 38-year career, Pienton has designed and delivered safe, efficient transportation projects. She is on Crain’s 2020 List of Notable Women in Construction and Design, which cited her preliminary engineering work on CTA’s $2.1 billion Red Purple Modernization project while at TY Lin International. She is President of the UIC’s Civil and Environmental Engineering Alumni Association, supporting curriculum development and student mentoring.

A recent change by the Mexican government prompted KCS to move in-house services that it had been contracting for Automotive and Intermodal business, resulting in challenges around developing a new organizational structure. Reiser led the effort that added nearly 100 new employees to her team, while maintaining consistent improvements across her division. She chairs the AAR Intermodal Committee Board and Chicago Car Interchange Bureau.

Richardson serves as WMATA management’s Board liaison, and oversees external, government and public relations; internal communications marketing; and customer service initiatives. She has held leadership roles at Amtrak, where she directed a 1,200-member corporate and field marketing, sales and communications staff, and initiated the brand design and marketing strategy for Acela Express. She is on the Destination DC Board and is an active WTS member.

At NS, Richardson manages litigation teams handling more than 100 matters, and serves on the Inclusion Leadership Council. She has drafted model tort reform legislation, and helped develop a corporate counsel mentoring program for the Virginia State Bar Board of Governors. Prior to moving to Atlanta this year, she provided pro bono attorney services and volunteered with the Department of Corrections’ Drive to Work program.

Rinaldi is the first woman to hold the job of Metro-North President. She is leading the railroad through the pandemic and headed PTC implementation. Rinaldi oversaw such customer-facing initiatives as the delivery of real-time service information at Grand Central and outlying stations, a multi-million-dollar White Plains Station upgrade, and the TRACKS safety program. As EVP, she spearheaded Metro-North’s 2016-20 Strategic Plan.

Stewart began her career at CSX as a Mechanical Engineer, and was the first African American woman hired by FRA in an engineering role. She has identified, secured funding for and overseen more than 80 projects to improve rail safety, and has published 60-plus technical papers. She directs FRA’s Workforce Development Program and spearheads ongoing research. She is on the White House Initiative for HBCUs Committee and DOT’s Workforce Equity Committee.

Torres and BRG earned OmniTRAX’s Railroad of the Year Award in 2021 for producing 25% year-over-year carload growth that resulted in a nearly 20% increase in revenue, and for having no FRA-reportable derailments since 2002. She identified market needs, and to support growth, deployed capital projects and doubled the workforce. She also headed an effort to donate a former BRG caboose and turn it into a children’s library in Brownsville, Tex.

Watkins got her start at Chicago’s commuter railroad as an Extra List Clerk. She advanced to GPS Administrator, Corporate Trainmaster, Electric District Trainmaster, Safety Officer, and now, Project Manager PTC-Safety. She has extensive knowledge of FRA, FTA, IDOT, DOT and OSHA compliance, policies, regulations and requirements related to PTC. She also advocates for women through the National Association of Railway Business Women.

A 34-year railroader and UP women’s ERG founding member, Whited knows the best ideas come from those closest to the work. As CMO, she took action on her team’s engagement survey results, increasing employee ownership and customer response. Once in HR, she instituted quarterly employee pulse surveys and required supervisors to act on the results. She also increased UP’s minority population to 40%. Over the years, she formed UP’s first Customer Advisory Board, and launched an industry-wide female operating taskforce. 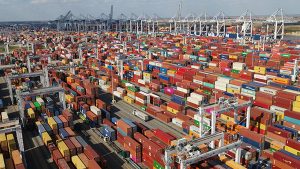 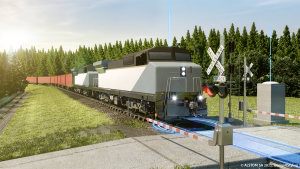 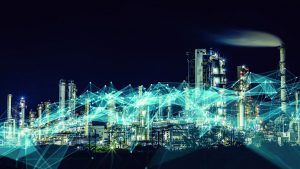